Stay-at-home orders triggered by the deadly COVID-19 pandemic caused children who live in older homes across the country — including Clark and Champaign counties — to be exposed even more to lead poisoning last year.

The lockdown also prevented thousands of young people locally and nationwide from being screened for the toxic metal, and an estimated 10,000 children with elevated blood lead level may have gone undetected as a result, according to the Centers for Disease Control and Prevention.

It’s difficult to determine specifically how widespread the problem is in Clark and Champaign counties, although about half of the homes in the area have lead pipes and paint. So it’s imperative that parents get their children screened, as lead poisoning can lead to lifelong health issues, Clark County health officials say, noting that the city of Springfield spent more than $15 million over the years to address the issue.

In Ohio, the elevated BLL in 5% of children is more than twice the national rate of 1.9%, according to a study by JAMA Pediatrics, a medical journal of the American Medical Association. Ohio ranks second in the nation in terms of states with the highest rates of children with elevated blood levels, only trailing behind Nebraska, which reported a rate of 6%, the study found.

Prolonged exposure to lead, a highly toxic but naturally occurring heavy metal, can cause damage on the cognitive level for children, said Christina Conover, the director of nursing of the Clark County Combined Health District.

“Sometimes that exhibits different behaviors that are impacting how a child is then able to learn or make choices as they grow into adulthood,” she said.

There is no safe level of exposure to the metal, experts say. Even low levels of lead in blood have been shown to affect IQ, ability to pay attention, and academic achievement, according to HealthyChildren.org, an American Academy of Pediatrics website.

Cognitive delays can last a lifetime, and are not reversible, said Health Commissioner Charles Patterson, who worked in lead remediation for the Ohio Department of Health prior to joining the county’s combined health district. 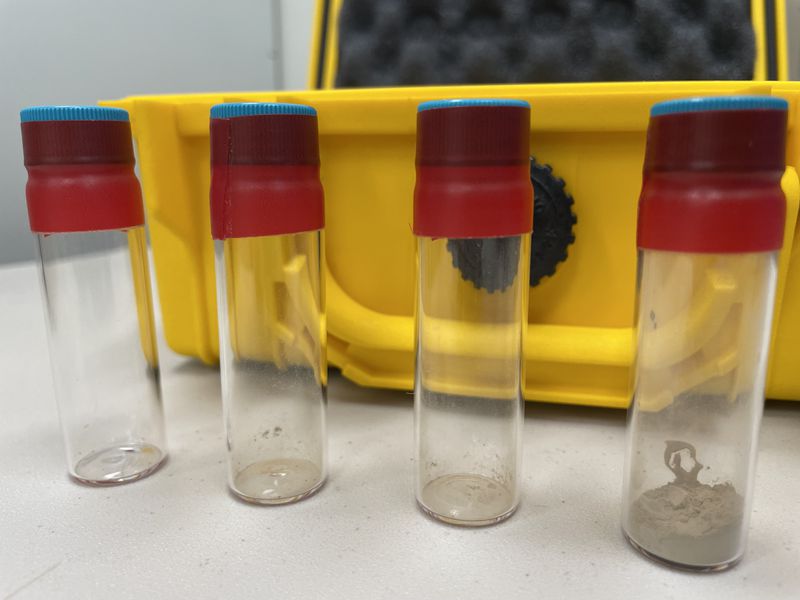 The health district focuses on houses built before 1978 — the year that federal government banned lead paint — in terms of identifying which units are likely to have coatings of lead-based paint.

The Ohio Department of Health tracks the number of children under the age of 6 who are screened for blood lead elevation by county. Last year in Clark County, a total of 74 children were confirmed to have elevated levels of lead in their blood, with the elevation being more than 5 micrograms of lead per deciliter of blood. An additional 13 children were listed as having “unconfirmed” elevated blood lead levels.

Sometimes families are unable to continue the testing process past that point for an assortment of reasons: lack of transportation, scheduling conflicts, and more.Last year, testing opportunities for lead were also limited due to the pandemic, Patterson said.

Children are particularly at risk for exposure to lead, as they are often closer to where lead paint dust is captured on the floor, on porches, on windowsills or in dirt as they crawl. In addition, children under the age of 6 are much more likely to become exposed to lead paint dust because they frequently touch their mouths with their hands.

Patterson described lead poisoning as a “silent epidemic,” since it doesn’t present bold visual symptoms. Rather, lead poisoning is often detected while a child is being screened for the toxin.

The city of Springfield ran a federally-funded lead hazard control program for more than 20 years, with the program ending in 2015, said Shannon Meadows, Springfield’s community development director. The program focused on residential units where children or pregnant women lived: this included owner-occupied and rental properties built before 1978 that had lead hazards.

Meadows said the city worked with the property owners and certified lead contractors to remediate the presence of lead paint hazards, investing $15 million in federal funding over a 20-year span into remediation and assisting 1,268 units and 928 low-income families. Out of these residence, roughly 1,000 units were built before 1940.

The city’s program fizzled out not due to lack of funding, but due to the constraints on remediation programming. Regulations over the years rendered the program “inefficient,” Meadows said, as the city could only work with inhabited units that contained pregnant women or children under the age of six living in them: uninhabited units that contained lead hazards couldn’t be touched without meeting these residency requirements.

“Our community is safer now than it was before,” Meadows said. “That is not to say that there is not still a lot of lead hazard work that needs to be done.”

She stressed that the largest risk that contributes to elevated blood levels in Ohio and nationally is the presence of lead-based paint. The development director said that lead cannot be fully abated, a fact homeowners and renters should have in mind as they upkeep their homes and look to renovate their living spaces.

Currently, the city works with the Clark County Combined Health District and Ohio Department of Health to address residential units with children under 6 and are impacted by chipping and peeling lead-based paint.

Conover said that the health district is moving into a “new chapter” in terms of lead remediation, as it received funding through the state to work with the Ohio Department of Health to bring up awareness about lead screening, identification and remediation.

An important component of awareness surrounding lead is knowing where children are commonly exposed to it. Patterson said that although there are lead water pipes within Springfield, lead contamination through water is exceedingly rare, as more than 99% of lead poisoning cases among children in the state last year were linked to the presence of dust from lead paint.

Springfield city service director Chris Moore said that the city’s water is free from lead when it leaves the treatment plant, and none of Springfield’s public water lines are made of lead.

Moore said that Springfield’s water treatment facility uses the mineral lime to control the acidity of water leaving the facility. The water increases in pH — the level of acidity — when lime is added. The higher the pH of an object, the less acidic it is, and thus, less likely to corrode the things it comes into contact with. This measure prevents lead leaching from pipes into a person’s water.

“The higher pH helps ensure the water is not corrosive,” Moore said. He said that the chemical sodium hexametaphosphate is also added to the water, which also assists with corrosion control. The acidity of the water is checked every two hours by the facility’s plant operators, and laboratory staff check the stability of the water weekly and phosphate levels monthly.

Although uncommon, lead can first enter drinking water from the service line — the pipe connecting the home to the public water system — or internal plumbing and faucets of a household, Moore said. As water sits in plumbing for long periods of time, lead may leach into tap water, he said.

There are several things people can do if they think lead is in their water pipes, he said.

To start, if water has not been used for several hours, run the tap until there is a noticeable temperature drop, Moore said. After that, run water for 30 seconds to three minutes before using it for cooking and drinking. Next, households should consumer water cold by using cold water for activities like cooking, drinking and preparing baby formula. Finally, small particles can accumulate in faucet aerators and release lead into the water: cleaning aerators regularly can prevent this.

The need for remediation still exists in the county, state and nationally, Meadows said, and the work is costly due to regulations that surround lead remediation.

“The state of Ohio, all of the state’s communities and the federal government have to work together to create processes and systems that will allow for us to effectively and efficiently address lead hazards in our current housing stocks,” she said. “As long as we have homes built before 1978, the risk is always going to be there.”

The most important step that parents, pediatricians and others can take is to prevent lead exposure before it occurs. Here are some simple steps to reduce lead exposure in the home: