Michelle Fenn runs a small cotton swab against the side of a garage in Cleveland’s Old Brooklyn neighborhood.

She’s testing for lead; the garage’s coat of paint is chipped, leaving the ground dusted with white flakes.

Fenn is a real estate agent, property manager and lead inspector. She’s part of a small private industry of lead paint testers that has sprouted up since the passage of Cleveland’s 2019 lead-safe law.

Technically, this garage is outside the scope of her work. It’s next door to a property she tested recently. But it’s so close to the rental’s side door that Fenn included it in her report to the city, she said.

“I said, but, within walking distance, within blowing distance of the back door to the kitchen, I said, the house from the other area is just deteriorating, the garage is deteriorating, full of peeling paint,” she told Ideastream Public Media.

Fenn waits for the cotton swab to turn red, a sign that lead paint is present. It doesn’t. This garage, it turns out, is likely safe. But it’s still an eyesore, and for Fenn, it’s an example of how hard it can be to get complaints through to the city. She’s considering painting it herself.

Cleveland has just a year left to roll out its new lead-safe requirements. The city is enforcing the lead rules a few ZIP codes at a time. By March 2023, all rentals built before 1978 – the year Congress banned lead paint – must be certified with the city as lead safe.

After a slow start, Cleveland saw a surge in lead-safe applications in the final months of 2021, according to data compiled by the Center on Urban Poverty and Community Development at Case Western Reserve University, which audits the lead program.

“I want to honor the fact that we have really made considerable progress over this year,” said Rob Fisher, who co-directs the center at CWRU. “But I don’t want people to be misled that we don’t still have a long way to go.”

Rentals in Shaker Square and much of the West Side hit their compliance deadlines last year. Old Brooklyn and parts of Clark-Fulton will come due this year. So will much of the East Side, which has borne the brunt of disinvestment over the years.

“My only assessment of the roll-out schedule is that they wanted to start with something easy so that they would get into the groove,” Fenn said. “And maybe that’s why they started with the places without much problems.” 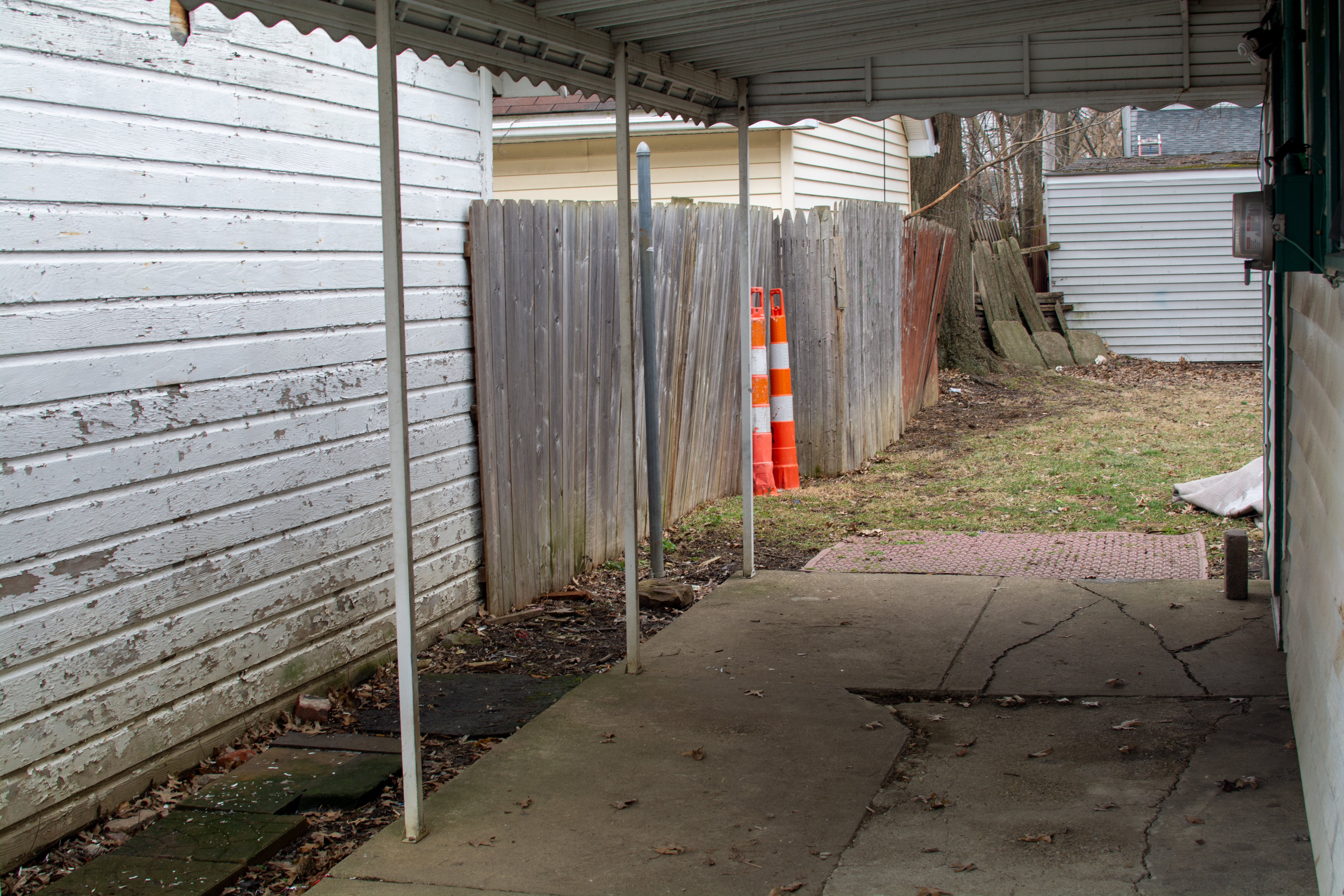 Chipped paint near the side door of a rental property in Cleveland's Old Brooklyn neighborhood. A rapid test did not find lead paint. [Nick Castele /  Ideastream Public Media]

‘Nobody believed it was real’

Although lead paint was banned decades ago, it’s still likely found in Cleveland’s old housing stock. That’s especially true around old wooden windows and doors, where years of friction may expose the toxic paint underneath.

Landlords must hire lead inspectors – known in the business as lead risk assessors or lead clearance technicians – to examine properties for signs of chipped and peeling paint. Inspectors also collect dust samples from within homes and send them to labs for testing.

Zak Burkons is a property manager who started up a lead inspection business with his brother last year. His clients include landlords big and small, he said, and he’s one of the most prolific of Cleveland’s lead inspectors.

To property owners who might view the process as cumbersome, he had this message: It’s not as scary as you think.

“There are certain properties that, no matter what we do, they’re not going to pass. I would say that’s in the under 5% of properties,” he said. “I would tell you that just about every other property can be cleaned to the point where it can pass a two-year exam.”

When Burkons first started building up a client base in 2021, Cleveland’s two-year-old lead law was news to many landlords, he said.

“When I started cold-calling on this back in June and July, nobody knew about it at all,” Burkons said. “Nobody believed it was real.” 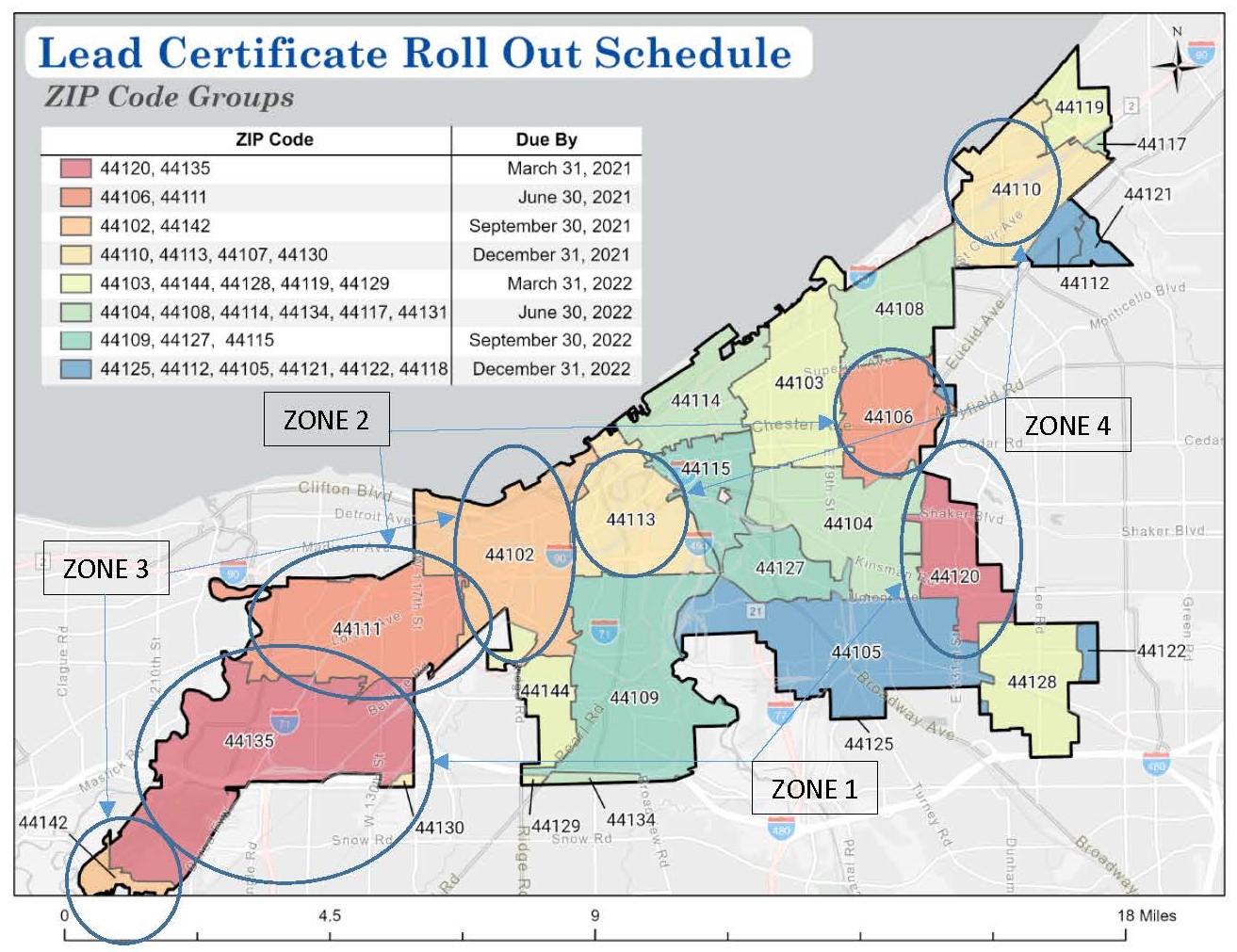 Shining light on the ‘shadow inventory’

Landlords in Cleveland are supposed to register their rentals with the city. This list, in turn, helps city workers keep track of who needs to comply with the lead paint law.

But plenty of rentals are flying under the city’s radar.

“But we know that there’s probably at least 100,000 units out there,” she said. “So with our rental registration, we have about 61,000 units registered. So that gives us quite a bit of shadow inventory that we still have to get to.”

The city has help reaching those landlords in the shadows. The Lead-Safe Cleveland Coalition – which includes foundations and nonprofits – is trying to get the word out through marketing and canvassing.

Since Cleveland City Council passed the lead law in 2019, the coalition has worked to set up a resource center for landlords, tenants, clearance technicians and contractors.

“Word of mouth is so powerful in this community. We do have landlords that are really bought in, that are really engaged,” said Ayonna Blue Donald, the former building and housing director who is now the Ohio market leader at nonprofit Enterprise Community Partners. “And so they're spreading the word to demystify the thought that it is hard to get the certification.”

The coalition has raised more than $100 million to help property owners. But along with the carrot comes the stick. Failing to certify a rental as lead safe is a minor misdemeanor, carrying a fine.

The city has issued only a few dozen notices of violation so far. But Martin said she plans to be much more aggressive in taking noncompliant landlords to housing court this year.